Recycling Will Be Key To The Electric Vehicle Future 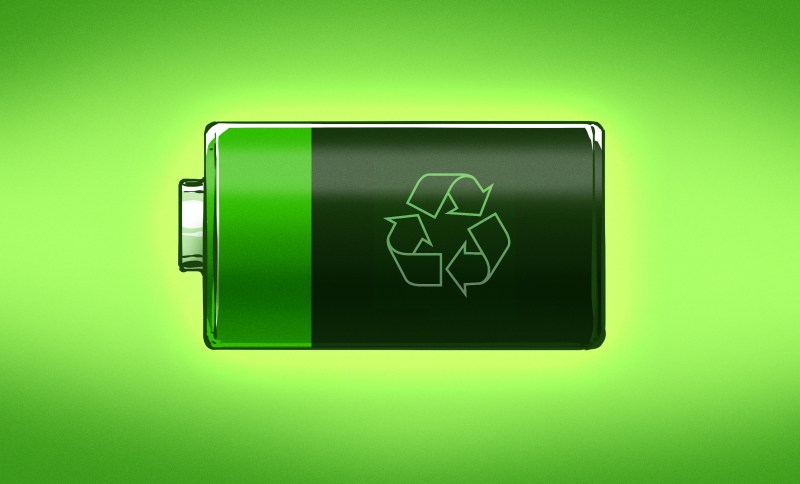 Electric vehicles have become a mainstay in the global automotive marketplace, taking on their gasoline rivals and steadily chewing out their own slice of market share, year after year. Government mandates to end the sale of polluting internal combustion engine vehicles and subsidies on cleaner cars promise to conspire to create an electric vehicle boom.

The result should be much cleaner air, as generating electricity in even the dirtiest power plants is far cleaner and more efficient than millions of individual engines puttering about the place. However, if the electric car is to reign supreme, they’ll need to be built in ever greater numbers. To do that is going to take huge amounts of certain materials that can be expensive and sometimes in very limited supply. Thus, to help support the EV boom, recycling of these materials may come to play a very important role.

Batteries, Motors, and Everything Else

We don’t worry too much about the huge amounts of material that go into creating millions of traditional cars every year, as these supply chains have been largely stable for the better part of a century as the automobile developed. However, the uptick in electric vehicle manufacturing will have us on the hunt for greater supplies of a whole raft of materials. Lithium is a primary candidate, as is cobalt and a smattering of other elements that are used in the manufacture of high-capacity, high-output batteries. Motors and related electronic components will also have an impact, demanding large amounts of copper for windings and rare earth metals for high-strength magnets crucial to their production.

The traditional lazy human response to this problem is to simply go outside and dig up some more of whatever we don’t have enough of. Unfortunately, that’s not always easy. The supply of many of these materials is limited, and often in places that makes maintaining supply over long timescales difficult. Labor abuses and civil rights issues can also raise moral quandaries around supply. As an example, the vast majority of the world’s cobalt supply comes from the Congo, where children are routinely forced to work in dangerous mining operations. And there are concerns about relying on a single source of the materials; China happens to be host to the richest deposits of rare earth metals, currently supplying about 85% of world demand. Large monopolies on supplies can cause shortages and sky-rocketing prices in the event of something going wrong, as companies have nowhere else to turn for vital materials.

The critical nature of these materials to modern technology have led to calls for mandatory recycling of these materials. All manner of modern electronics manufacturing, not just electric vehicles, would grind to a halt if the supply of lithium or rare earth materials dried up, for example. Everything from smartphones, to LEDs, to hard drives would all become impossible to manufacture.

While new mining projects aim to get us more of the good stuff, it makes sense to look at what can be done with the materials we’ve already dug out of the ground. Over 10 million electric cars already roam the streets worldwide. As these vehicles age and retire from service, it makes sense to recover and reuse as much material from them as possible to ease the burden of having to continually produce new raw materials.

Of course, depending on the material of interest, recycling can be very, very easy or very, very hard. For instance, copper recycling is a mature industry, and recovery of copper wiring from vehicles is a simple and straightforward enough process. However, other materials are not so straightforward.

Modern batteries are not so easily recycled, as our own Dan Maloney laid out in his article Getting The Lead Out Of Lithium Battery Recycling. Yet reprocessing EV batteries is one of the biggest concerns as far as future supplies go. The problem is that existing cells consist of many different valuable materials all mixed up and crammed together in a tight metal container, which is then further encased in a larger battery pack along with supporting electronics and cooling systems. Few to none of these vehicle battery packs are designed for easy disassembly or recycling, as no recycling infrastructure yet exists. Conversely, no recycling infrastructure exists because the process is too difficult and expensive to be commercially viable.

However, lead-acid batteries show the way, with 98% of their materials able to be recycled in current processes. It’s likely that with some effort, designs will improve and processes develop to allow large quantities of the valuable lithium, cobalt, and other materials to be recovered from EV battery packs. Australian company Neometals is already working on plans for a commercial-scale plant in Germany that would process 18,000 tons of batteries a year. The intended process works by first shredding and separating out metal and plastic casings and foils, before using what’s called a hydrometallurgical process involving chemical treatment to then separate out lithium, cobalt, nickel, and other elements from the battery anode, cathode, and electrolyte materials. Other options for such processing involve pyrometallurgy operations which use high temperatures to recover cobalt, nickel and copper, though the high-temperature processes aren’t able to recover materials such as lithium or aluminium.

Rare earth metals have similarly seen only limited recycling efforts thus far, as fresh supplies have obviated the need to consider recycling. However, with an eye on future demand and potential risks to current supplies, renewed interest has flooded into the sector. Processing methods are similar to those for batteries, involving chemical and high temperature processing methods to recover materials, though neither have yet become financially viable in the marketplace. Only 1% of these materials are currently recycled, and thus far recycling efforts remain an academic interest rather than a commercial reality.

As of yet, the electric vehicle revolution is only in its early stages. Thus, efforts to improve supply chains and recycling methods remain in the realm of speculative investment, rather than something being developed in earnest. One of the problems with a market-based economy is that there can be significant lag as the rest of the economy shifts around the development of a new technology, often waiting for it to become widely adopted before major players will spend money on the necessary supporting infrastructure. Regardless, the growing pains are likely to remain for some time as electric vehicles become more popular and the demands for the crucial feedstock materials continue to rise.

It Takes A Lot To Build A Hacker’s Laptop

Netcat – All you need to know

It Takes A Lot To Build A Hacker’s Laptop

6 Facts you need to know about CISO’s

Cybersecurity for Small Businesses. What Can You Do to Protect Your Business from Cyber Threats?